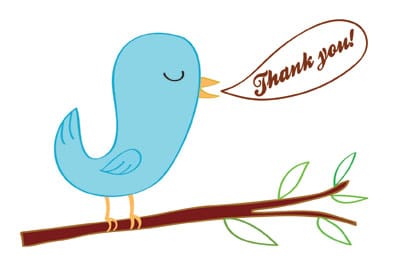 relationship. Mark Williams had posted his personal experiences on an international forum and with his permission we share them on the Halton website. This way we get to know a fellow yogi and realize how powerful, protective, guiding and caring can be our sincere connection with the divine principles, that we may use to call as archangels or prophets or god’s powers as deities – living actually in our own tree of life. Hmm, have just realized that this page became spontaneously  a “Thank you” homage, with sahaj humour and humble depth, to Mark’s beloved guru and Mother – Shri Mataji, founder of sahaja yoga meditation. Enjoy the stories .. and feel the fragrance of the French Rose!

The good thoughts of a hundred monkeys

The first time I met Shri Mataji was just when I got married and we were up in Pratisthan.

We were standing in the kitchen and peering out into the backyard and Shri Mataji was sitting in the garden and She saw us and She waved us to come out. So we did so, and sat down.

‘What do you think of the house?’ She said, just as conversation.

‘Shri Mataji, it’s a palace. It’s absolutely fantastic,’ I said. I had these turns of phrase that I used.

‘Yes, it’s just one of my crazy ideas,’ She said, and that’s a thing I say all the time.

The yogis there and I just looked at Shri Mataji like — wow! She is actually just catching the thought, like that.

They had never heard Her use that turn of phrase. I had the opportunity to ask Shri Mataji on another point.

I was once in a rickshaw in India with an American fellow and he was very scared. It was his first time in India and it was maybe my third time. I was a little bit scared as well because it was getting near sunset and the rickshaw driver didn’t appear to understand us.

‘Nizamuddin,’ we said. He eventually nodded and started off and I put it in bandhan and it was so cool

and I thought, ‘Forget it. Ah, we’ll get there.’ I relaxed and the American sort of relaxed too.

He was a new yogi. He didn’t look very relaxed, but he just sat.

After about five minutes, I had this thought, ‘this driver is completely lost. He doesn’t know where to go. We are never going to get there.’

But I was in such a nice state, I just looked and thought,

‘you’re in bandhan. You are in Shri Mataji’s attention. Forget it. What a crazy thought.’

Suddenly, the American grabbed my arm.

‘We’re completely lost. We’re never going to get there. This guy doesn’t know where we are going,’ he said in a panic.

‘I’m thinking his thoughts,’ I thought.

When I saw Shri Mataji, I mentioned this to Her, that this had happened.

‘That’s exactly what happens,’ She said. We actually catch the thoughts of each other and She explained that

that’s how we are going to change the world because sometimes you can catch the negative thoughts from people,

but then also the people catch the good thoughts from you.

‘Exactly, that’s the hundred monkey theory, that when there are a hundred monkeys, one will do something, then another, then a few more, then suddenly all the monkeys do the same thing without quite realizing why,’ She explained.

I had a pretty interesting experience last year with vibrations and Vashi hospital I’d like to share. Back in 1996 I was lucky enough to travel to Hong Kong with Shri Mataji and one morning when all the yogis were out, She called me in and asked me to sit at Her feet.

She then said, ‘I’ll teach you how to meditate.’ I was quite excited by this..face to face with Adi Shakti, learning the art of silence directly from Her.

‘Just watch your thoughts’, She said. To watch them, She added, your attention peels away from the thought process and the two waves (the thought wave and the attention wave) hit each other and cancel out (reverse oscillation She called it).

Then the vilambha state begins. She said that you can do this anytime…driving your car, washing the dishes and you can be in total detached silence.

‘Do it now’ She said. So I watched Her and was completely blank. I then said that it was not a good test as it was hard to think in Her presence anyway. She laughed and suggested I try it on the tram back to the ashram. It worked amazingly well. I was able to hold the thoughtless state for as long as I liked.

Now, cut to last year and I was going through a tough time at work. I really lost my cool a lot and was as undetached as you can get (sorry to say). The crunch came when my boss, a hard living, heavy drinking, chain smoking English guy told me to be detached!

I was ashamed of myself and decided right there I was going to check into Vashi, simplify my life and go back to Sahaj basics.

So from that day I took Shri Mataji’s lesson seriously. I watched my thoughts and got quite good at it. I was able to be silent easily. Then I got up at 4am every day. And I did my treatments with full heart.

I then had a realisation that catches come only from thinking. And that if I can be silent, I would not catch. Two weeks later I was in Vashi and after two days of clearing little catches here and there the doctor said I was totally clear.

This was a shock. I asked him again. He still stuck by his comment. Then the next day the same thing. He told me there was no need t be there. I was elated, because I never thought it was possible to be totally clear.

I realised that I had cracked the secret to Sahaja Yoga …I had worked out How to be Silent and Not catch…all thanks to Shri Mataji of course 🙂 Please try it…it really works.

As the forum has gone a little quiet, I wanted to share a miracle experience.

Quite a few years ago I was working as a photojournalist with a journalist colleague in the Australian outback. It was Christmas eve and we were driving towards Birdsville, Australia’s most isolated township. It was about 48 degrees that day. The hottest day in 25 odd years, I heard later. We hadn’t seen another car or any other living thing in two days of driving.

Outside it was a harsh almost martian landscape though with Bach and Mozart playing, the A/C blaring, and lots of philosophical discussion we were lulled into a cozy comfort zone.

We were on dirt roads. And while driving late one morning I noticed at the bottom of a sandy hill an odd looking patch of dust covering the road. Not realising what it was we drove straight through it.

Except we didn’t make it through.

It was a silty muddy ditch with a dry layer of dust on top. As you can imagine, mud was the last thing you’d expect in the desert heat. Anyway, the 4WD sank all the way down to the door frames. We were stuck. And somewhat ironically, we had just reported on a German couple who got stuck in exactly the same way and dies of dehydration.

We tried everything to get it out. We couldn’t dig it out of the fine silt and there was nothing to chock the wheels. After about half an hour of trying we were dizzy from the heat and just starting to worry.

My colleague was an atheist and much of our discussion was about whether God existed or not. That said, we’d become good friends. We’d tried everything you’d usually do. Releasing pressure from tyres. Putting our backs under the wheels and so on.

Nothing worked and now it was a real life or death situation. We were 300kms (half a day’s drive) from Birdsville with no phone contact. No one knew we were coming. It was a holiday. We had enough water one day only. And there was no way we were getting out as the car was all the way up to the door in mud.

Now I had to ask Shri Mataji’s help. So I sat in the driver’s seat, took a bandhan and went into meditation. Strangely, although my heart was racing, it was easy to go silent. My colleague watched on, a little cynical.I prayed to Archangel Gabriel or Lord Hanuman: ‘please forgive us Lord if we’ve made any mistakes. But please Lord get us out of here. We surrender this all to you.”

I bandhaned it as well. Then I put the car into 1st gear, revved the engine all the way to redline and popped the clutch. The engine roared and the car leapt straight out of the silty ditch.

I looked across to my colleague standing outside watching, wide eyed and jumping up and down like a little kid. We were out.

He jumped in the car and yelled ‘what was all that stuff with your hands?’.

‘It doesn’t matter,’ I replied, ‘let’s just get the hell out of here.’

‘No. Really. What did you do. Because the car lifted vertically out of the mud and about a foot into the air before coming horizontally down’.

He said it was as if some invisible hand had lifted the car up, moved it across five metres and placed it down again.

I had tears in my eyes. I knew who saved us.

(click!) How Motherhood & Meditation & The Crown Chakra are Intertwined?! Fisherman Miracle Story with Treasure of Sahasrara’s White Pearls of Knowledge