On the 1st of August, 40 youth from around the world gathered in the city of Vancouver to embark on an adventure we have named “The Realize Canada Tour”. Our goal: to share Sahaja Yoga meditation with the people of Canada. To teach others about inner peace and how to incorporate it with the current modern lifestyle. After visiting every major city between Vancouver and Toronto, we end the Realize Canada tour in the beautiful town of Burlington.

As we were packing up and preparing to leave, we ran into Mayor Goldring.

After a brief introduction, the Mayor decides to take time out of his day to welcome the whole Realize Canada Tour to the city.

We all gather in front of the city hall, and after kind words are exchanged between the mayor and the Realize Canada Tour, there arises a collective desire among us to perform a song for Goldring.

We sang a song from the great poet William Blake, titled Kindle My Heart.

(VIDEO) “Kindle My Heart” by William Blake – performed by Youth Realize Canada Tour for Mayor Goldring  in front of the Burlington, City Hall

“We felt the song was appropriate to express the impression Burlington had on the hearts of our tour members.” 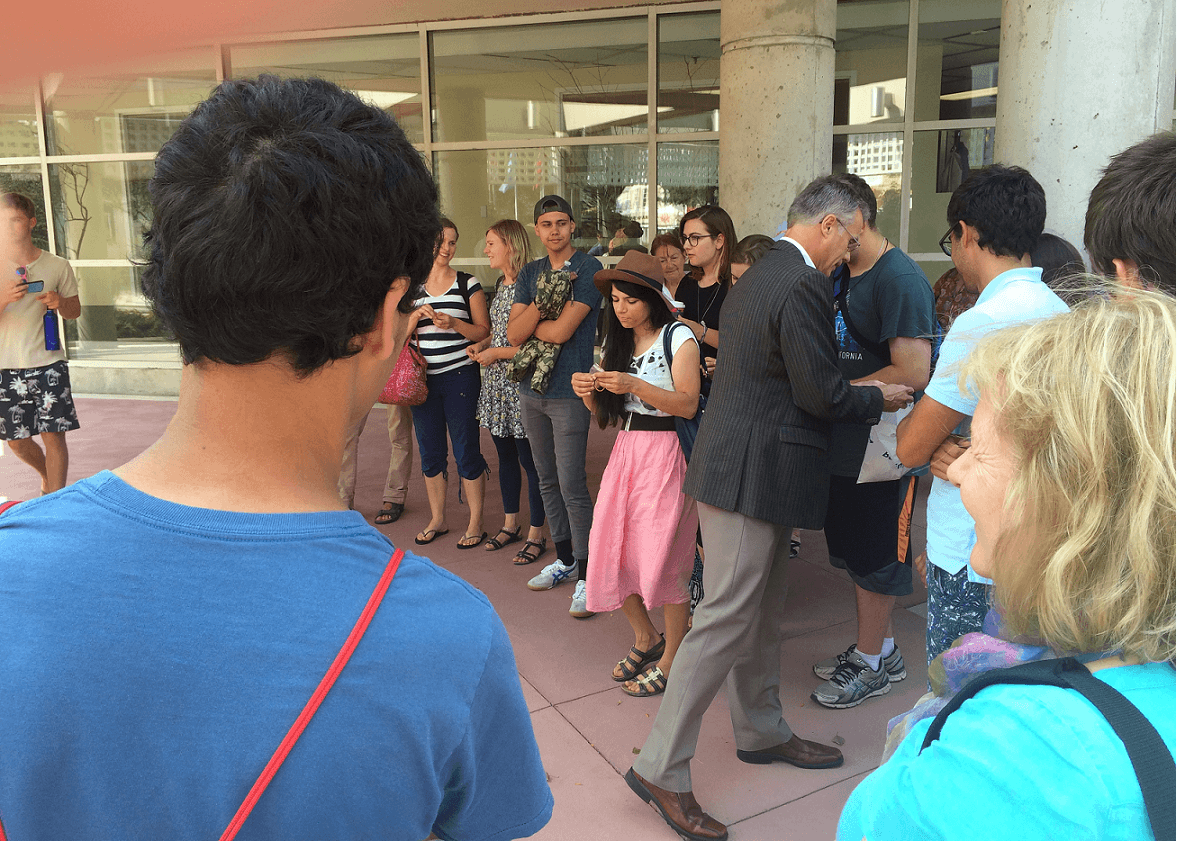 We each received a Burlington pin from the Mayor as a parting gift from the city.

Overjoyed and full of excitement from the spontaneous meeting,

our Youth Realize Canada tour enjoyed the rest of the evening indulging in ice cream from Crema Di Gelato, and relaxing and meditating upon the shore of lake Ontario and in Burlington’s beloved Spence Smith park.” 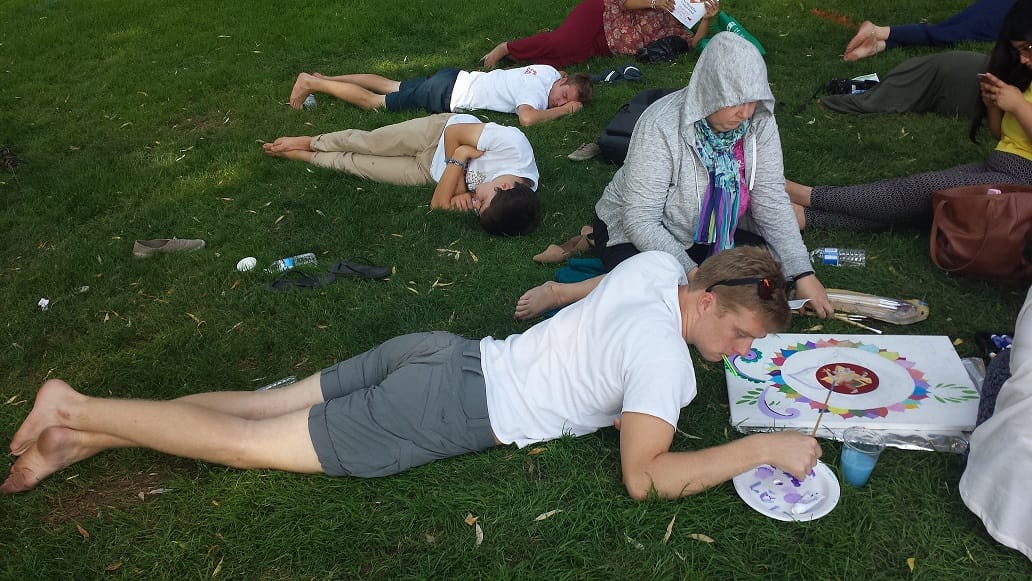 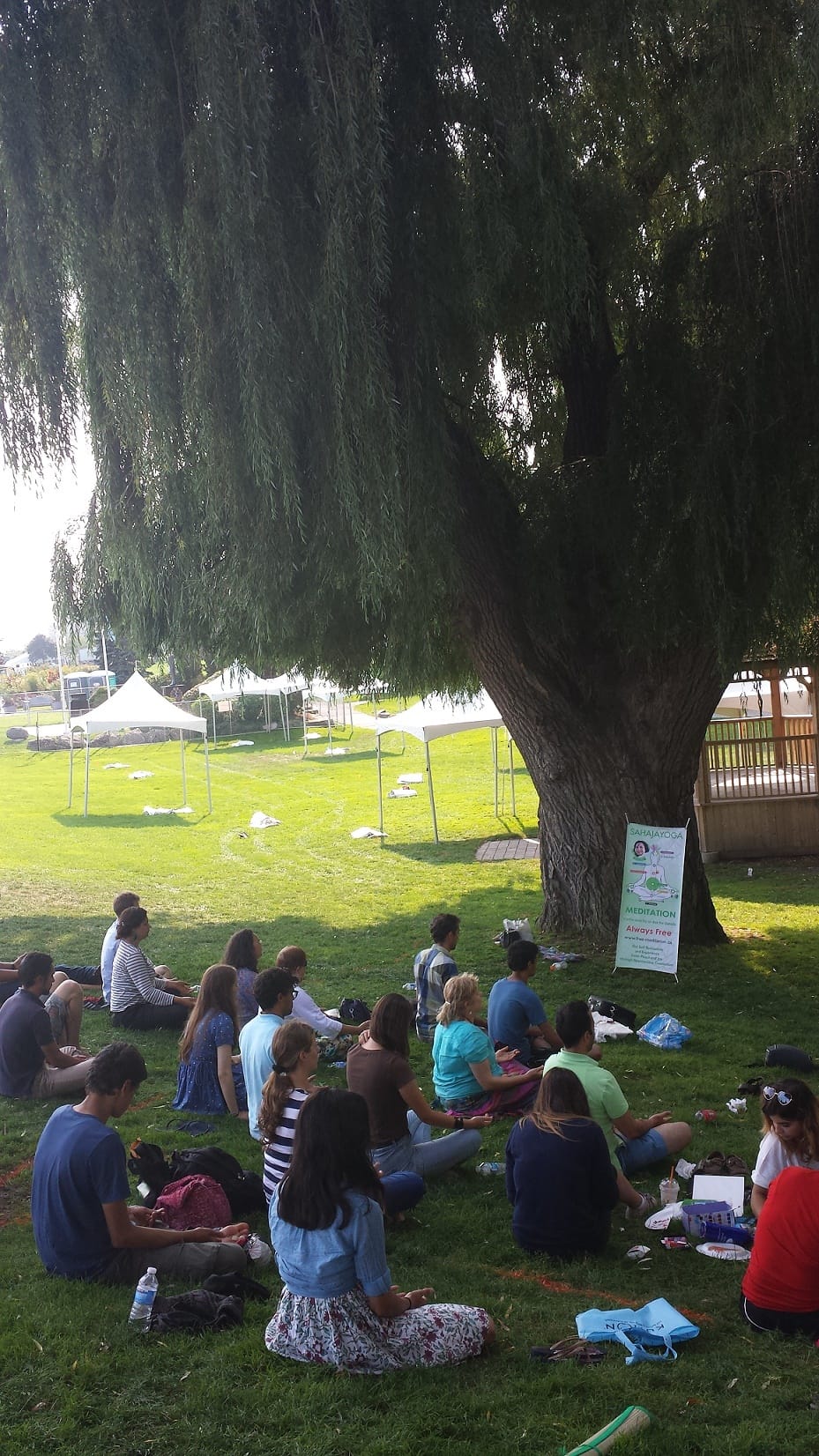 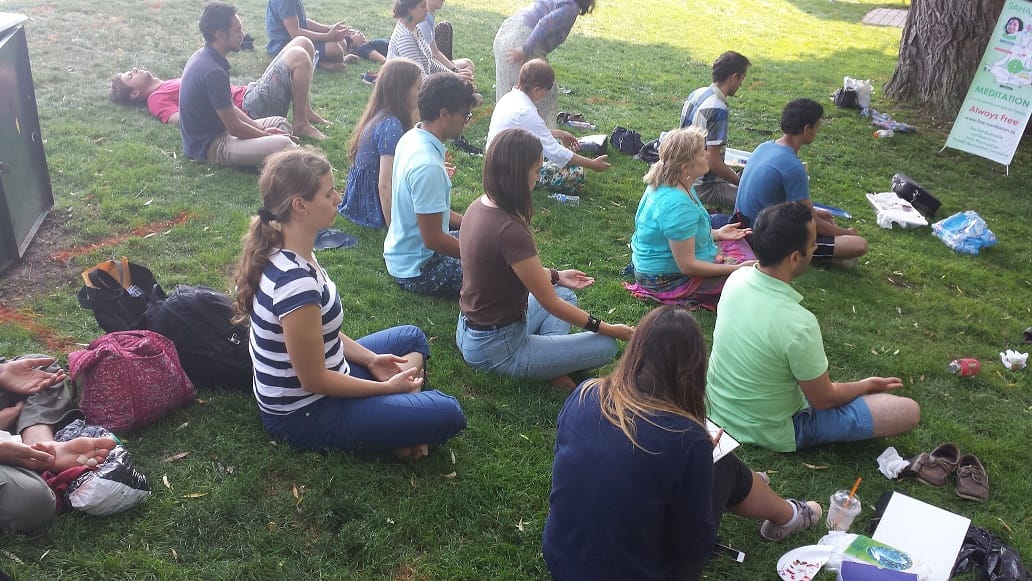 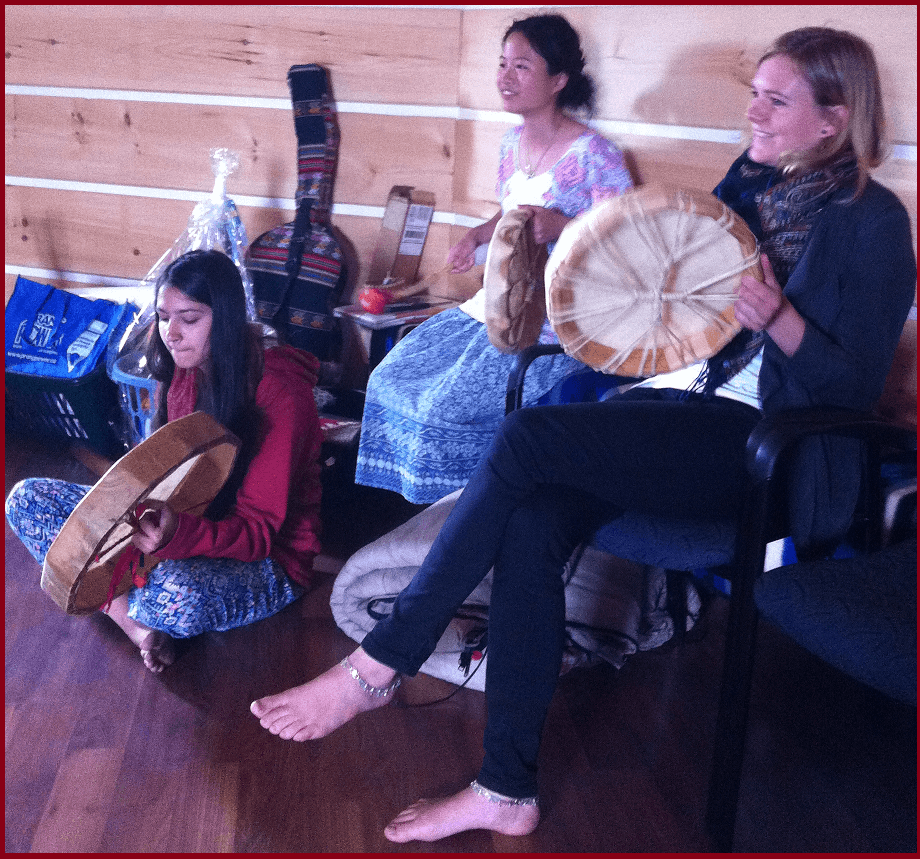 Kavita – I was lost and now I’m found

This Sunday: “Joy may be Experienced!” on Bloor (POSTER/INVITE)