Did you know? Open House with 14 Youth from Realize Canada Tour @ Round House

If you have friends on reserve, please let them know! it will be an amazing program. Check out the stories and photos from Realize Canada Tour 2015 , Contact us at contact@free-meditation.ca if you are interested or your organization is interested to be involved. 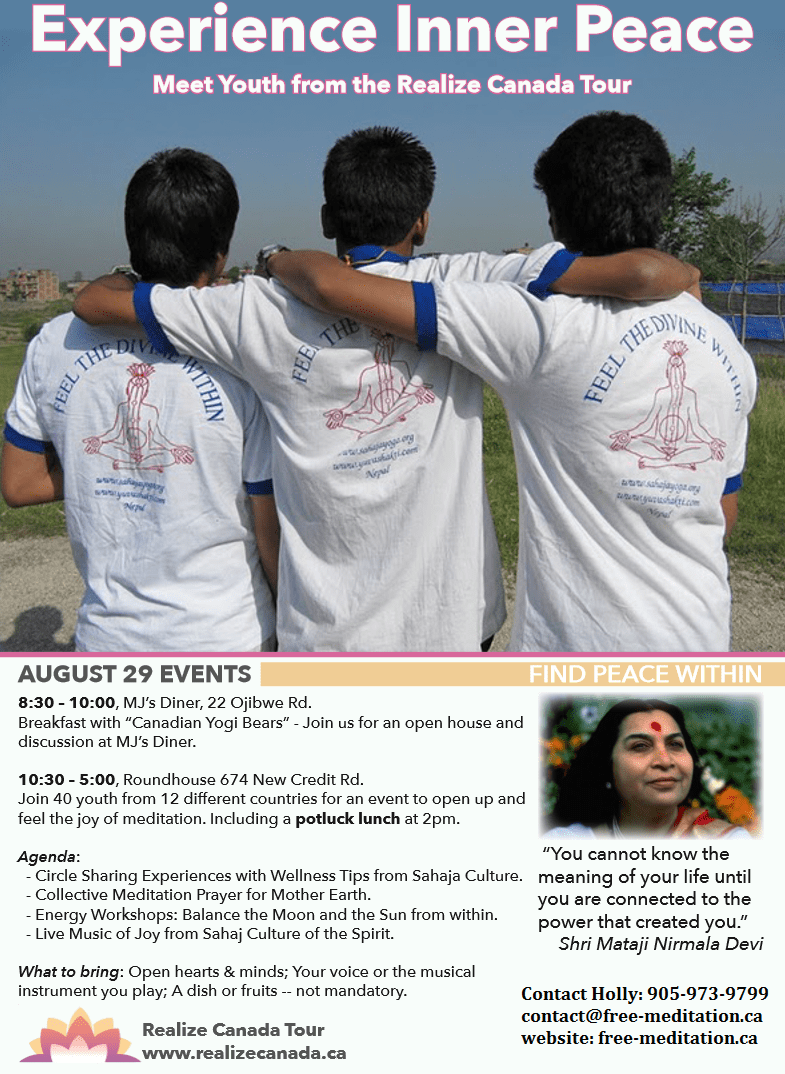 Did you know? Mississaugas of the New Credit First Nation

There is a word in the Indian language “Missisakis” meaning “many river mouths”. By the mid nineteenth century the Mississaugas believed they had obtained their name from the mouths of the Trent, Moira, Shannon, Napanee, Kingston, and Gananoque rivers. The term New Credit is in recognition of the fact that the Mississaugas traded goods along the shore of the Credit River prior to the move to their new location in 1847. This First Nation was once a mighty and respected trading nation with the Europeans in and around an area, which included Port Credit and the City now known as Toronto. The city of Mississauga owes its name to the Mississaugas of the New Credit. The Mississaugas of the New Credit First Nation is located on some 6100 acres 25 miles south of Hamilton, Ontario. There are approximately 2050 listed Ojibwe members with one third living on reserve. (source/ credits to http://www.newcreditpowwow.com/) Members of Sahaja Yoga Meditation – Halton had been invited to participate to the POW-WOW organized this Weekend on the reserve ; it is an honour!!