Since January 2014, there were 3 invites to be on the F.Y.I. TV Cogeco Show in regard with the active presence in Halton region of our not for profit and charitable organization, known as Sahaja Yoga meditation. In the previous occasions on the show, there were announced the “Life De-Stress for Youth” on-going programs as well the new initiative launched in March 2014 across the entire community: “Inner Peace Free Workshops” immersed from the desire to honor the legacy of the founder of sahaja yoga meditation: Shri Mataji Nirmala Devi (March 21, 1923 – February 23, 2011).

(click!) Interviewed by Journalist Victoria Kaye for One Thousand Trees  “Re-Igniting the Flame” (2012)

(click) Interviewed for DESI NEWS Canada Magazine:`The Power of One`(2011) 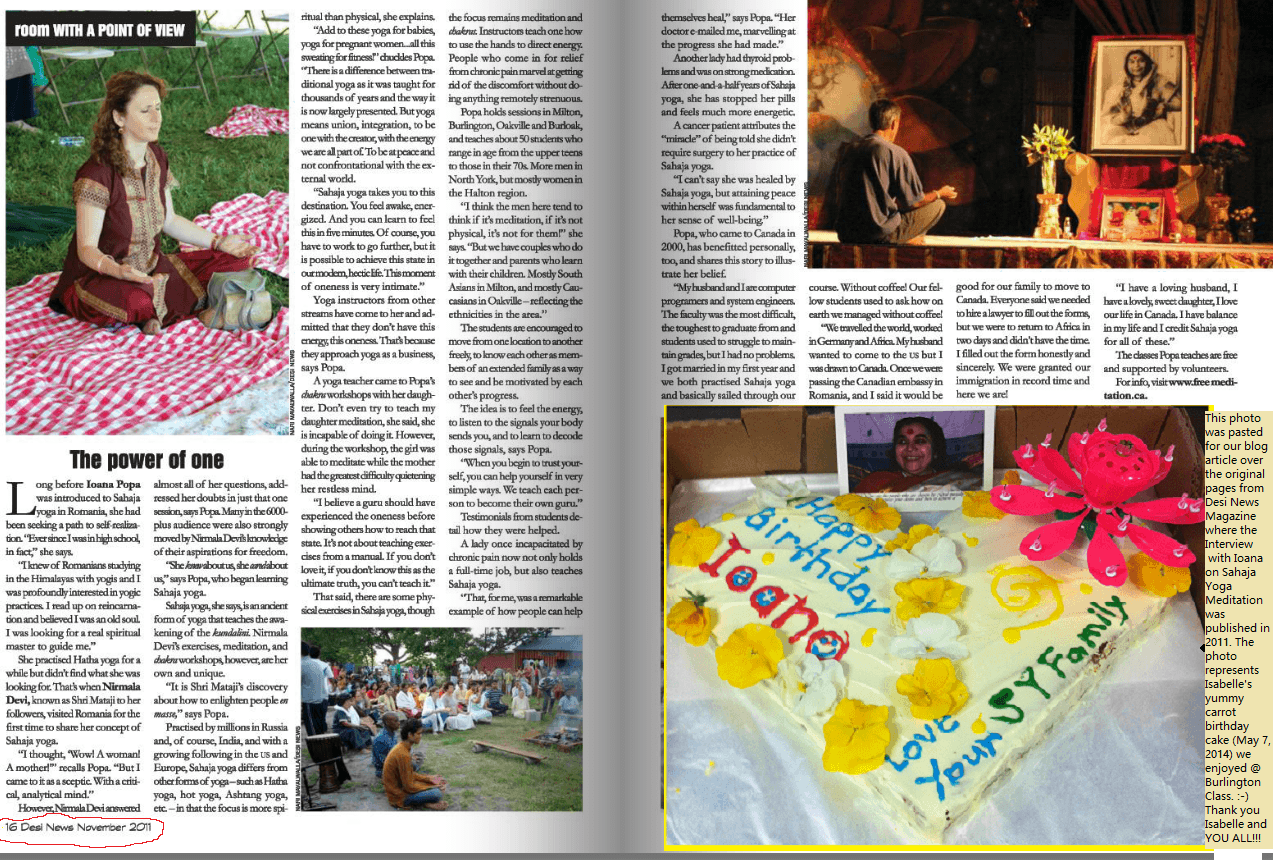 (click for Your GIFT) For You, My Diamond Friends – on May 7, I Thank you 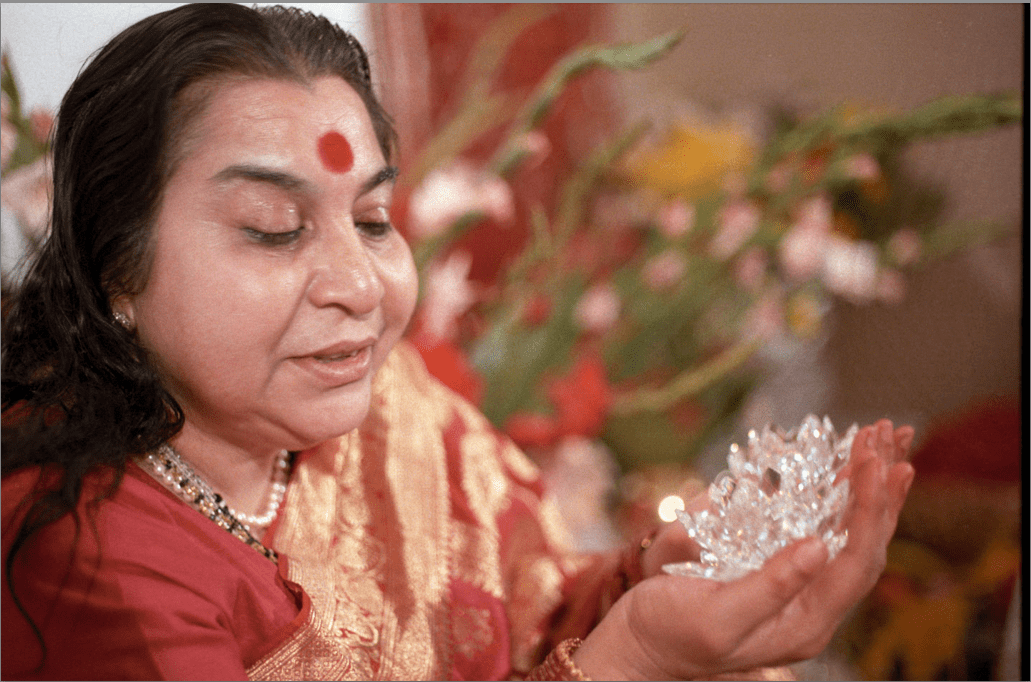