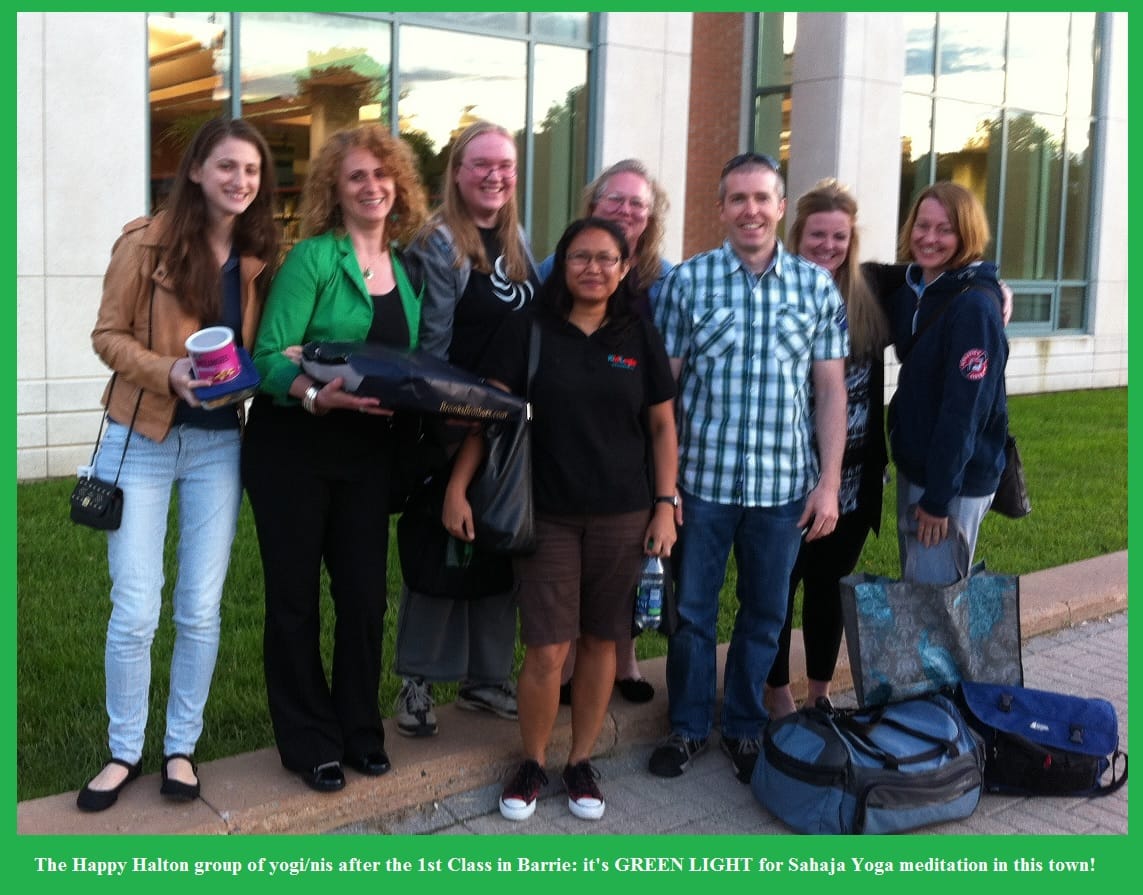 I have recently received some great feedback from the first Barrie meditation class from friends and would love to share what was said.

We truly are in this to transform lives and to touch even the relationships from our past!

This was sent to me from my good friend Jaime.

“Dear Holly I have been practicing the techniques:) What a diference it makes!!! THANK YOU soooooo much for sharing with me :D”

This was sent by my good friend Donny who I haven’t spoke to in years and just decided to come.

“I just wanted to say thank you very much for last night. Thank you for opening up a whole new world for me. I never ever would have tried it. And I believe!!”

Friends and family that were mostly coming for the support really felt the energy in the room and will be returning 🙂 Also some great feedback from the meetup group thanks to Jon for his amazing efforts in making this site!

Thank you for a great Sahaj family to build the energy in the room! Thank you Shri Mataji for the strength to share this gift!

First to be mentioned:we had opened the new sahaja yoga class in Barrie, on Monday, in the same week of our intense preparations for joining on Thursday (!) the international seminar in USA. Most of the yoginis from these photographs have worked days and nights baking hundreds and hundreds of all kinds of cookies and creative sweets for the thousand of participants that were expected to attend the Adi Shakti global meditation event. Actually right after the class, we had resumed our passionate discussion on ‘what & how  & when & where’ related to our Halton /Niagara collective’s responsibilities in regard to this grand event. The photo below (captured by brother yogi Jon) is a valid proof 🙂

Secondly, we had the joyful surprise to have another team of yogis, carpooling from Vaughan/Markham that had participated to this inaugural class in Barrie, and believe us, we counted on every singly yogi/ni for the chakra workshops that were offered by the end of the class! Unfortunately we did not make a photo with our friends, but next time will ‘catch’ them in a picture for sure!! One last thing, the Sky was displaying quite a show for us after the class and we are glad that Jon made all these photos. Enjoy the last one, the Good Bye to Barrie and to a long beautiful day.

Thank you Everyone! See you on Monday, July 8 in Barrie, here again!

Wonder What is The Science in Group Meditations ?! READ and JOIN FREE EVENT on JUNE 14