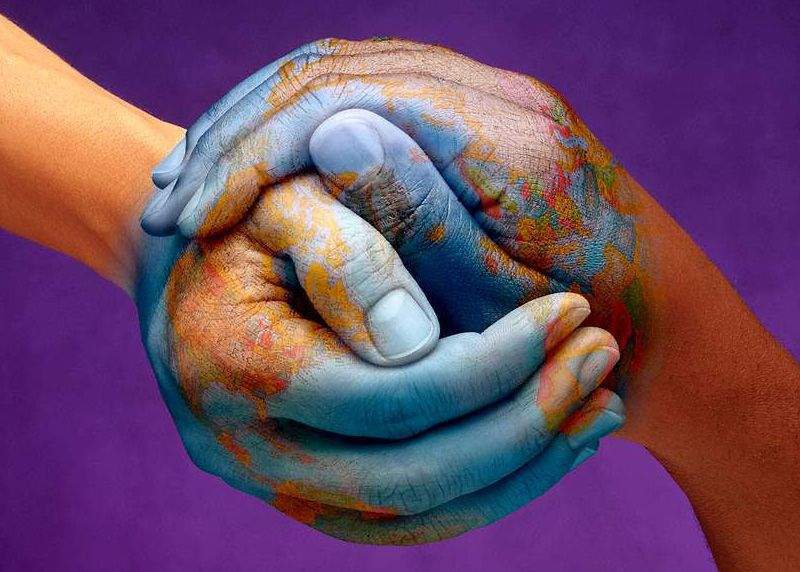 ‘Study and, in general the pursuit of Truth and Beauty is a Sphere of activity in which we are permitted to remain children all of our lives.’

‘If I had an hour to save the world I would spend 59 minutes defining the problem and one minute finding solutions’.

The  above 2 quotes belong to  Albert Einstein and I feel they represent a good introduction to the  Story below that is so purely Sahaj in its essence – for this reason I love to share it with you. It had circulated  few years back by email and I assume that it has an anonymous author. Those of us that had to (or loved to) study Math, Science, Logic deep enough to be introduced to the problems considered “famous” – we might recall  “Einstein’s Puzzle” or “Einstein’s Riddle” (despite the fact that most probably it does not belong to Einstein or it was somehow adapted).  I always felt that such title should be used for something wider and deeper rather for that particular test of IQ. Hopefully this spontaneous initiative will honour it in the form of a Sphere of Activity, made of words and images – allowing us to be once more children with a beautiful/enlightened mind, set  in pursuit of Beauty & Truth.. Even towards finding a solution for saving the world! Why not?!  Hope you’ll enjoy as much as I did the Story below – and the cute photo of Einstein as a child that I felt is a good match. 🙂

Once there was a scientist who lived worried about the problems in the world, and was decided to find the ways in which these could be less. He would spend days and days in his lab searching for answers with no results. Then one day, his seven year old son invaded his sanctuary, set upon helping him in his task. The scientist, nervous about his son’ s interruption, asked him to go play outside. Seeing that it was impossible to get him out, the father thought of something to give his child to distract his attention. Suddenly he found a magazine in which there was a map of the world! With scissors, he cut in several pieces the map, grabbed some duck tape and gave all that to his son and said: “Since I know how much you like jigsaw puzzles, I am going to give you the world all cut into pieces so that you repair it all by yourself”. The scientist thought that it would take the child at least 10 days to repair the map, but it didn’t happen that way……Just after a few hours, he heard his child’s voice calling him in a serene way. “Dad Dad, I finished repairing the whole map.” At first the father didn’t believe his son. He thought that it was impossible that at his young age, he could repair it without ever seeing it before. Sceptical, looking away from his scientific writings, he directed his sight towards the map that his son had repaired. He was certain to find a job made by just a kid. Surprisingly, he noticed that the map was very well put together, with all the pieces placed in the correct place. How was that possible?  How was the child capable of doing such a good work? The father with much amazement asked his son: “My child, you didn’t know how the world was , how did you do it? And the child answered:

“Dad I didn’t know how the world was…but when you took out the map from the magazine to cut it into pieces, I noticed that in the other side, there was the shape of a man. So I turned each little piece and started to repair the man.

When I was able to repair the Man, I turned it to the other side and saw that I had repaired the World.”

Clearly enough, the sahaj solution in repairing the  World (or  Man’s world) is definitely by repairing the Man (of course, representing the human being). And the solution to this is right here, in our hands – from a sahaj perspective too – because the Roots of our being can be felt in our  being , specially in our hands (the subtle system with its energy channels and its energy centres/chakras are mapped to/represented and felt  in our hands ). This we should not believe or accept blindly but try sahaja yoga meditation with an open heart, like a child and with an open mind, like a scientist.

‘I said I bow to you all because you’re seekers of Truth. At the very outset, one has to know that Truth is what it is. You cannot change it. You cannot transform it. You cannot conceptualize it. And, unfortunately, at this human awareness, you cannot know it, whatever you may try. Now, whatever I am going to tell you should be taken as a hypothesis, but you should have an open mind of a scientist. If it is true, you should accept it, if you are honest and, one must know that it is for the benevolence, your benevolence as well as the benevolence of your country and the benevolence of the whole world… You have to have some amount of I.Q. to understand that we have to achieve our selfhood, our spirithood.’

‘So please listen to Me carefully. We have this power of Kundalini within us. It’s a very ancient science from India. In the Koran also is written.. In the Bible it is said that “I will appear before you like tongues of flames.”..  Now the reality is that you must experience. You not blindly have faith in me. We have had enough problems of blind faiths on and off. But experience, experiencing that this Kundalini rises and pierces through your fontanelle bone area. And the result: you get connected with this all-pervading power of Divine Love. It is no lecture. It is no sermon.  You have to rise in your Spirit and realize and understand it. Why? Because you have to do good to others. With your ignorance, you will stop the progress of others. What a responsibility, what a beautiful responsibility you have..

‘It is something internal — nothing to change outside. I know there is going to be global transformation in the world. Even the database of your genes change. All kinds of people have come to Sahaja Yoga, have got transformation. So many people have been cured, have been cured of incurable diseases without paying anything, by their own powers, so easily Sahaj, spontaneous. Even the animals, if you give them these divine vibrations (with our hands), even the crops and things grow ten times better… It is your own power. Only to know how glorious you are, how great you are, absolutely free because you get that superior intelligence. In the light of Spirit,you know what is constructive for you. You know absolute knowledge.. Now you can feel the operating power in your hands, you’ll see that…You will feel the cool breeze. This is the operating power and on your fingertips you will know about your centres and about the centres of others.’

‘If we have to change this world, and if we have to save our people from complete destruction, we have to take to wisdom, and that is only possible when the brain is enlightened by Kundalini. This is what is very important today, when we see that this world is on the verge of destruction..’

So, one has to realise how this ascent into that peaceful area of complete security works, and to enjoy your own values, your own status as a Yogi. But a Yogi is never an egoist. He never boasts about his state. On the contrary, he is extremely humble and helps everyone to come up to that state. Such a person is always concerned about the well-being of the whole world. This concern comes as his Dharma, his religion, which is not forced upon him, but is innate within him, so that he works in that way. He cannot commit sin because he has a personality now which is sinless, which abhors sin. In this evolutionary process now he has developed a sense of repulsion from something that is sinful or wrong. This sort of a personality will change the whole world…’

We also learn in sahaja yoga meditation that the chakras are represented also at the level of planet earth – countries, places; everything, from atoms to planets can be associated with specific energy centres/chakras and by awakening of our Kundalini energy we have access to feel the status – in our hands – at the subtle level, for any entity that is part of our World. So literally we keep The World in our Hands.

This Little Light of Mine?! Pass It On and Let it Shine!!