Jesus and Ganesha – Aum, the Divine Essence of Prayer

AUM, TO THE DIVINE ESSENCE OF THE PRAYER

And let those who listen hear not my voice but the Wisdom of God!

Let us worship with the same song, the same strength and the same Knowledge.

And let our Meditation enlighten and enrich!

Let there be amongst us Compassion and Peace.

Salutation to Shri Ganesha, who is indeed Shri Jesus* 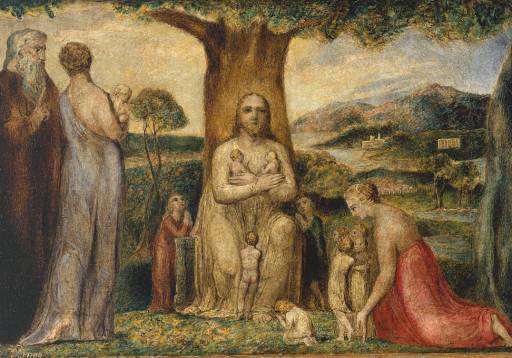 You are the essence of all the Sacred Literature and Holy Words,
and You are the Energy that understands the Holy Words;
You are the Divine combination of complete Truth, complete Happiness and complete Energy;
And You are beyond;

To Your powers, Ganesha, let all surrender;
Let the left side of memory and the right side of action surrender to You and let Your enlightenment prevail.
Your first tooth You have, and four-hands; one holding a rope, the second a goad, the third is raised in blessing and the fourth offers sustenance.
Your banner is that of a humble mouse.
You have long ears and are clothed in red;

To Your powers, Aum Jesus, let all surrender; 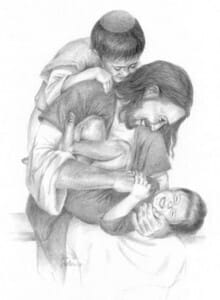 Let the left side of memory and the right side of action surrender to You and let Your enlightenment prevail.
You are the Word that was the beginning;
You are the Word that will be the ending.
You are he who was born of a Virgin, and died on the cross;
You are he who absorbs all sins, and who died to live again;
You are God in Man, and You are worshipped with red flowers.
You have compassion for those who love You, and it is for those who love You that You come to this Earth.

What triggered this article? Lately, so many at our Halton meditation classes were asking about Prayers in Sahaja Yoga Meditation. Also, while we’ve been learning about chakras and their ruling divine principles (energies named deities as well) that were many from our intermediate level who shared openly their heartfelt connection to Shri Ganesha who is taking care of the realm of the 1st Energy Centre: Mooladhara chakra. They were joyful and amazed of such connection, specially because most of  us are Canadians, born and raised in a Christian environment where we pray and feel easily the connection to Jesus.

Christmas time is near so it’s the right moment to explore deeper, also through prayers that awaken our subtle centres/chakras, this profound and essential onenes between Jesus and Ganesha (above they both are revered with ‘Shri’ as an ancient polite form of addressing in Sanskrit). So, I’ve felt that this Sahaj Prayer ( from Sahaja Yoga Meditation – Book of Prayers) would be welcomed by any Seeker that would Love to reach to the Divine Essence of Prayer and experience the universal truth through Sahaja Yoga Meditation. Other time we’ll explore more the power of prayers. It’s so much more to be shared and experienced. Share what you felt about this Prayer, please.

37 Responses to “Jesus and Ganesha – Aum, the Divine Essence of Prayer”

Leave a Reply to Pranita Rottmann