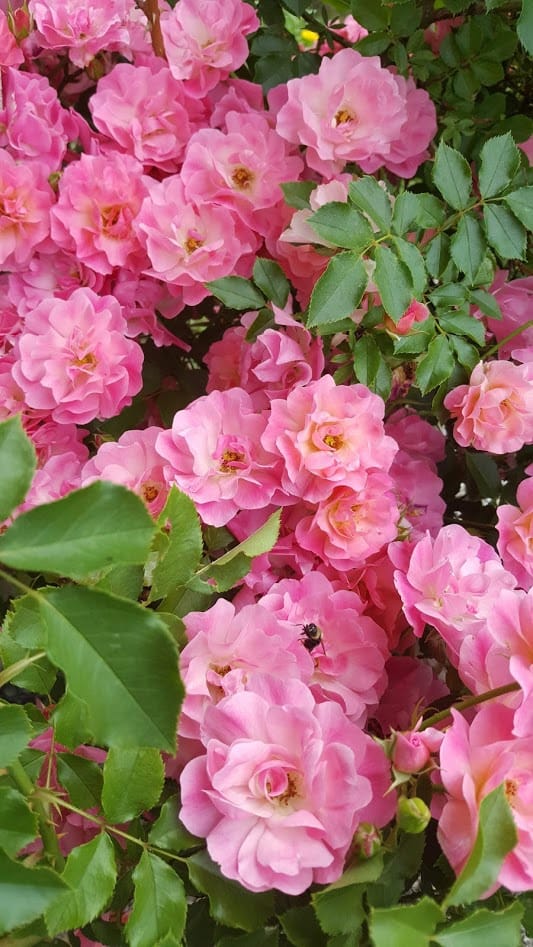 Continuing to plant seeds in individuals across the community…

“I’ve been always telling you that Sahaja Yoga is the sprouting of your seed within you. When the seed is dormant you cannot visualize the maps it has in it of all the creations it is going to create – out of one seed, how many trees have grown, how many fruits have come out and how many seeds are coming out and how many they are going to produce. You cannot understand how dynamic it is.”

“We attended our 3rd class with a dance group for teenagers. Because they are trained in dancing, they enjoyed being also challenged with more physical work during our session. So far we’ve been doing different standing and squatting movements tuned to the progressive moving of our attention towards various energy centers and their specific qualities; we included arm stretches and circles throughout the sessions, but this past Wednesday, we were inspired to be even more creative.

I will describe the class, as the ending had some magical spiritual breakthroughs for some of the girls, who seemed truly touched and enlightened. The joy, surprise and excitement on one of the girl’s faces is imprinted in my mind.

The first 10-15 minutes of the session started with Ioana dividing the girls into 3 groups to represent each energy channel. She facilitated them to choose which channel they represented and helped them learn some features about each channel. In general, she described the left as the moon, the right as the sun, and the centre channel as the rainbow that connected them.
She also introduced the idea of doing cartwheels to represent the rotation of the chakra wheels as Kundalini energy rises.

Then, things took a little detour from what Ioana was starting to create and set up.
This is when an additional class of ~30 more students, who were not dancers, noisily arrived to join-in (surprise!).

These students gathered behind the “advanced” dance class and the meditation began with the bandhan – the protection we create in sahaja yoga around our “tree of life”.

We did a series of movements and poses such as going into a deep squat with our feet together, which was quite challenging for many students, but they all gave it a try, along with the three teachers. We were to try to keep our feet flat on the floor and Ioana brought our attention to our balance, after some more mantras and chakra opening/clearing in standing, we returned to this pose, and many were able to attempt it with more ease…. after bringing everyone’s energy into a more balanced state.

We did arm circles for the heart chakra as well as reaching the hands together behind the back while trying to raise the clasped hands upward.
We also did some back and forth side lunges, going all the way down in a full squat on the one side, while the other leg was outstretched and trying to keep that foot flat and fully “grounded”. Being grounded and balanced while remaining in thoughtlessness and having our attention above our heads was the theme throughout. Keeping our attention within, versus checking on our neighbors.

Ioana would check back with the dancer-group to help teach the other students the principles of each channel, then she had a girl from each group come to the front to do a cartwheel for everyone, representing the rotation of the chakra/wheel. Next, the girls were brilliantly able to do fast cartwheels for the right channel, slow cartwheels for the left channel, and the centre channel representative executed a cartwheel that was dialled to a pace somewhere right between the first two cartwheel demonstrations.

For the big finale, we all joined hands in a big circle around a “core” of several volunteers who felt comfortable maintaining their thoughtless awareness sitting in a circle in the middle.

We rotated around them, everyone participated. We then released our hands and instead hovered them at our sides, above and below each of our neighbors hands to feel each other’s energy (left hand open facing up, right hand open facing down, overlapping our neighbor with a 6″gap in between). This ‘formation’ alone looked and felt like a collaborative work of art, orchestrated through our yogini ‘teacher’. It was really beautiful to be apart of, bringing some of the concepts to life.

Next we all gathered toward the centre, scooping and raising the energy onto the tops of the heads of the people sitting, meditating in the centre.
The big moment seemed to be when we had asked for people from the outer circle come and feel the energy on the tops of the heads of each person in the “core”. Some people felt coolness, some people felt heat, and this is where we saw some amazing expressions on some of the kids faces. It felt like a real chance to witness, what seemed like their first experience with the divine.

The one girl’s expression is still captivating for me. I really look forward to the next class, to see where they are at. It really felt like the group of girls who are part of the dance class have been able to go deeper.

It was very precious to see the intricate and hands-on experience we were able to create for them. So special for me to witness this.
I love our sahaja yoga meditation team of volunteers (Halton SYM), and I loved the willingness of the students.
And it’s a big deal for me to say that! (and at the same time it’s no longer a big deal)
I see how I can witness love in such a different form than I’ve previously known and been taught.

PS. I want to burst open .. Thanks for asking me to write this, it made me cry at the end. Wow, it’s so much easier to show the emotionally-closed version of myself…. I look forward to feeling fully comfortable with feeling and expressing love.” -K

Second Letter from K: Starting to connect with Shri Mataji 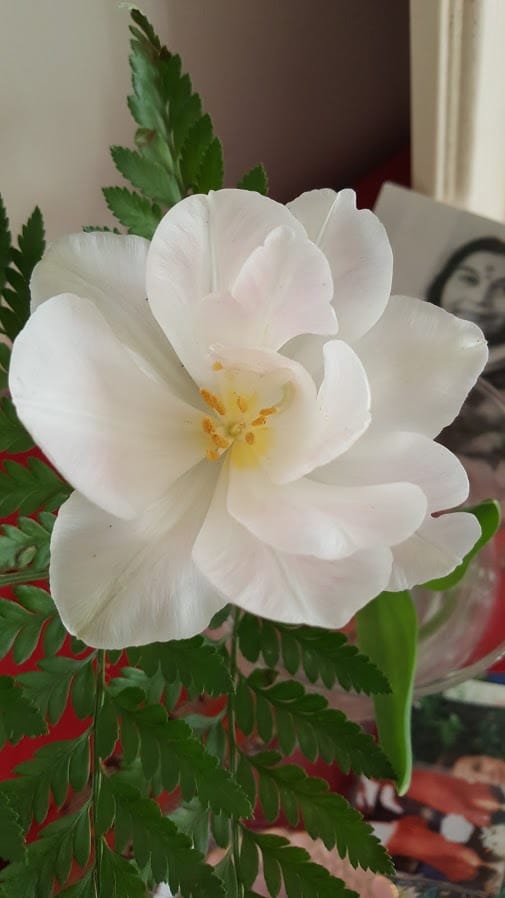 Recently, soon after I started doing the school/high school/youth groups seminars with Halton realization team, I had a special meditation session at home, which I will share.
It was nighttime and I was doing a foot-soak meditation. I had just opened my eyes as I felt like I was done my meditation, and this is when I was graced with the meditation going to another level 🙂
So, when I opened my eyes, I was going to do my bandhan (protection) , and I looked at the picture of Shri Mataji, then my arms floated up in front of me, palms up, and it was as if I was holding her in my arms. I closed my eyes again, to enjoy this feeling and experience. I think that lasted a few minutes, then my arms circled up and and opened wide an did a few other movements that felt completed guided by some other force and not by me. This must have lasted a total of 5-10 minutes. No arm fatigue.
This was my first personal experience with Shri Mataji and the first time I felt a connection with her. 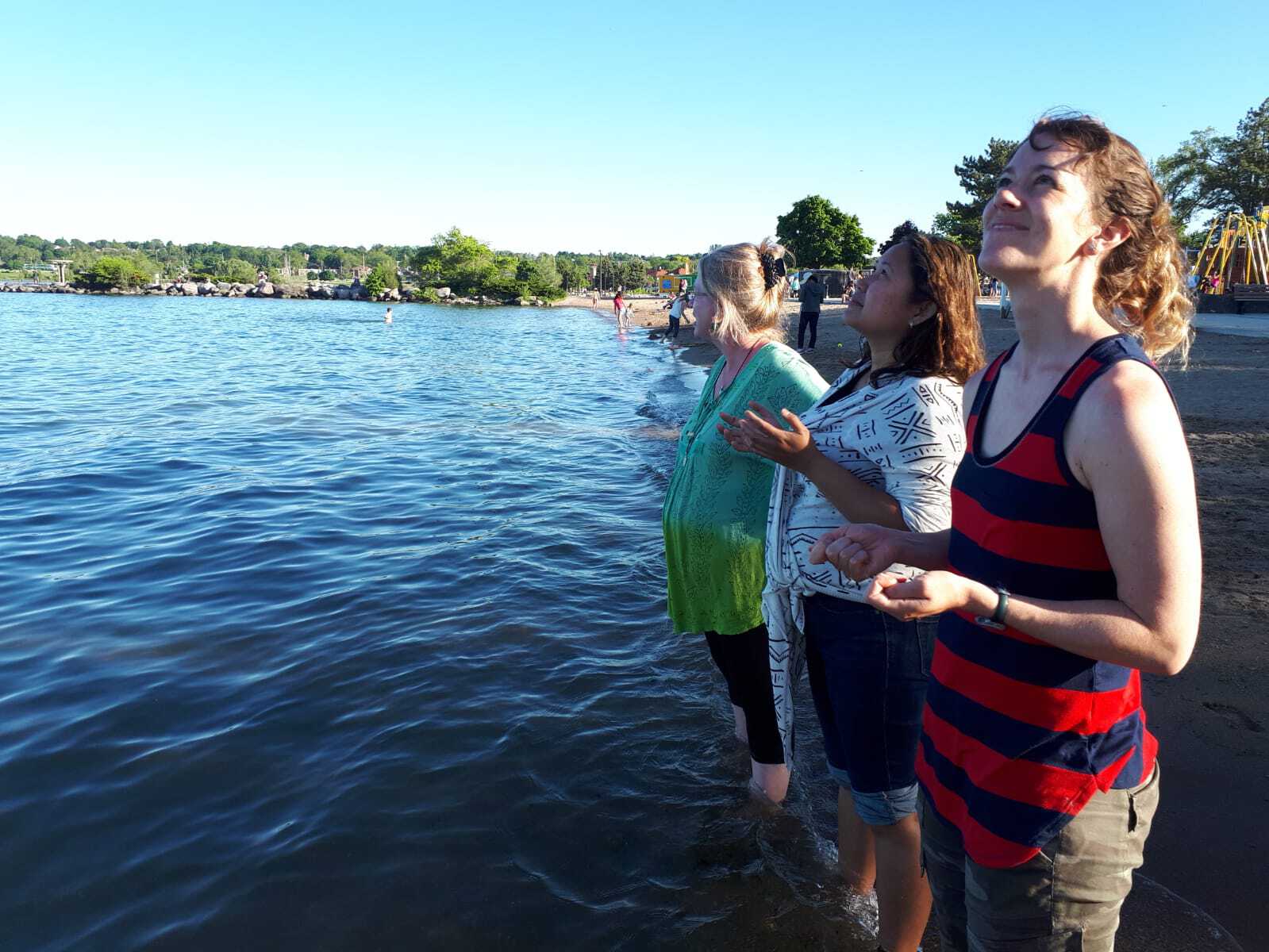 I felt much inner warmth and brightness that kept expanding and expanding, like a big smile.” – K
(the above photo from Celebrate Barrie event where our team was busy teaching sahaja yoga meditation and offering Cool Kids impromptu classes in our welcoming tent; by the end of the day we had a collective foot-soak meditation in the lake .. Great!!)
-K

A Bouquet of Interesting Meditation Experiences

(click!) Brenda: Who is Shri Mataji: Giving Life to Bees (!)

(click!) What are Vibrations?! What is Param Chaitanya?! Shri Mataji’s Answers

(click!) Gratitude: “Your Classes have changed my life both at personal and professional level!” – Testimonials from Barrie Class