Colleen‘s Passion for Sahaja Yoga Meditation and its Benefits

“I’ve worked at Ikea for  a long long time, and I’ve been practicing Sahaja Yoga for 3 years now.  I feel very honored to have been asked to introduce meditation to our staff meetings. For instance in one of those ‘Voice’  meetings, about 50-60 coworkers, from other departments of the store have tried with me this form of  wellness practice.  Actually to my surprise, my manager has sent out emails around to other managers from other departments, as she recommended me to do a meditation session  at the end of their meetings.  For example,one weekend (at work), I had been asked to contribute with 2 such sessions and I felt really good about this, it *felt right*.
They both went very well. I realized that all I had learnt at Burlington public weekly sahaja yoga meditation classes, I was able to apply efficiently for the specific concerns for our team at work: focus on the heart chakra , then the nabhi chakra and swadhistahana chakra. Even though it was a very simple meditation,  I put the attention on the center heart because I was feeling it blocked. We had awakened the qualities of self respect, forgiveness and then asked for self-realization.  Sat in mental silence for a couple of minutes.  About fifteen minutes in total.  Of course, the groups varied in age and attitudes too. It was really great to see the interest and I am glad to say that few of my co-workers had actually used the information/website contact that i had provided and they’ve started coming the public weekly classes in Halton area.

Since then, I ended up to introduce this beneficial practice for one’s self realization to 3 departments this year and it has been all positive feedback.
At the end of each meditation I asked everyone to sit in silence and in a state of thoughtlessness awareness and to put some attention on their hands and see if they feel anything.  Once a young coworker asked me what it means if she felt coolness in the palms of her hands. I smiled and told her that is exactly where she is meant to be.  It was a great moment because she didn’t know what she was supposed to feel.

Other people felt tingling or pressure, some felt heat, and after ‘translating’ what those sensations were trying to tell about one’s own energy centers, for each case it was clear that the sensations were meaningful and helpful!
I only had about 15 min. for each meditation so there wasn’t time for much in depth explanation about Sahaja Yoga meditation; just time for quieting the mind, relax and experience of energy awakening that is called as self-realization experiment. My experience after all these sessions was that most participants thanked me and said they really enjoyed it.  I was sitting at the employee entrance so they all walked past me as they left.  Over all it feels like it went really well.
So now I guess we’ll wait and see what happens next.  It feels like it’s starting to pick up interest and this will only improve the lives of people that I know work with and care for after being for so many years in IKEA Burlington family!
I am hoping that maybe we can have a class for Ikea employees in the future sometime, or even a class available at Ikea for customers, wouldn’t that be awesome!! I also take time to thank you for helping me to learn how to help me first, so now I can help others!” 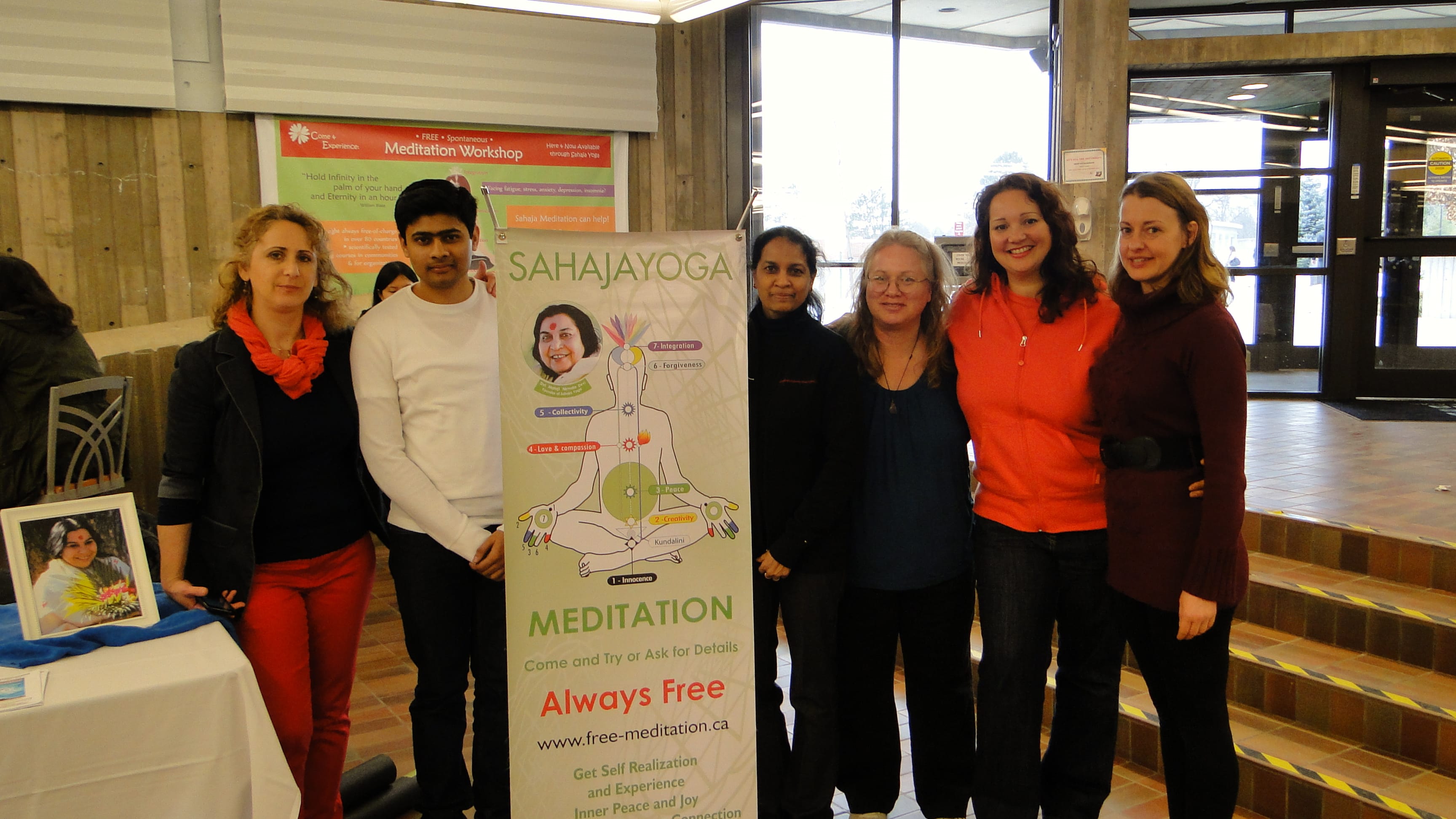